Uttar Pradesh, once home to powerful empires of ancient and medieval India, lies a city called Mirzapur which is “situated on the south bank of the Ganges, it is the richest and most cultured part of India.” Mirzapur is well known for it’s rug industry.

The household rug or dhurrie as it is more commonly known in India is not too dissimilar from the Turkish Killim.

The rug weaving craft was introduced to India in the 16th Century by the Persians, the tradition remains strong and is alive and thriving. Rug weaving has become one of the many cottage industries that exists throughout India today, largely thanks to the work of Ghandi ji.

When choosing our rugs we held our standards high because we know that’s what you like!

Our suppliers operate a small scale, informal, community based project where family members, friends and other local artisans all come together to weave their rugs.

Becoming a collective of skilled artisans has afforded each member a lot of independence in their own lives.  The decentralisation of power has meant that they are not beholden to an employer of a large workforce that cares not for community, or the traditional values that they hold dear. Each member can live and work with dignity in comfortable conditions and is each earning a fair wage. 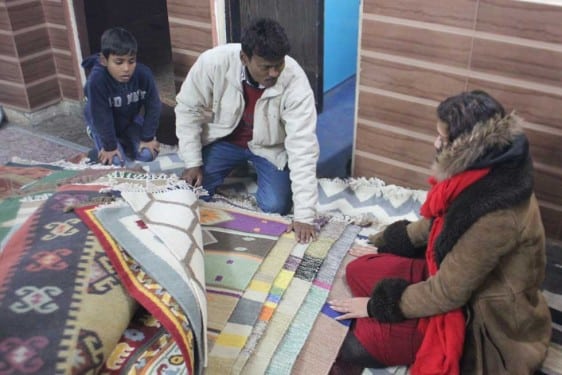 Safiq’s son is looking to follow in his father’s footsteps.

A way of life:

Safiq was telling us that they have worked hard to get to where they are today… using looms within large factories to learn the trade and to weave some of their first rugs. Profits from these ventures were then reinvested and put to great use, in purchasing their own loom. This was then installed in their home and thus employed almost perpetually.

The outfit expanded organically from there, as more family members and collaborators joined in. It is now a way of life for many and also a means to make a living.

The rug weavers will generally work throughout the winter months when it is too cold to farm the arable lands of Mirzapur, so their incomes are therefore greatly subsidised by the looms.

Safiq was telling us that he was quietly confident in travelling for over an hour to meet us one afternoon. He came without thinking because he was confident that we were going to buy his rugs. He was right… the quality of rug he was offering was far superior to the majority of the others we had seen and their designs were suitably striking enough to make the sale.

This belief is shared by the entire community which allows the quality to float to the top, as the group sustains itself.

These gorgeous wool rugs are some of the finest in India, with the collective having won several national awards between them.

We’re told that the secret to their success is not only because of the autonomy the weavers enjoy but also because of the looms they use and the refined weaving technique they use. Practiced and perfected. The weave they use on their rugs, as a result, is nice and tight. The fine weave is noticeable when closely inspecting the patterns of these woollen rugs.

The majority of the wool comes from the pastoral shepherds of the Thar desert of Rajasthan. Animal husbandry is an important livelihood for a large number of farmers in this region of India because the land is unsuitable for anything other than grazing cattle. The sheep-wool from this region is considered amongst the best for carpet weaving the world over. 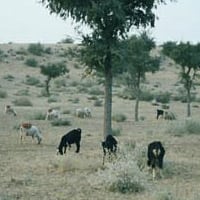 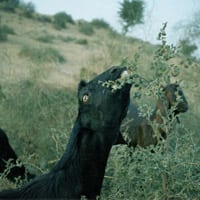 The geometric patterns are typical of the traditional Mughal designs that depict Allah/the all encompassing energy that formed us (if you’d prefer) and they are usually vegetal or floral by design. Some even signify mans relationship with the infinite nature of the universe.

The bold, striking colours these weavers have chosen to use, have really resonated with us and we believe that you’re going to love them!

We’ve also chosen some that reflect the traditional Indian designs…

So, as you may be able to tell, we had a great time uncovering all this knowledge on such a thriving cottage industry and some of the people within it. We’re now very happy to share with you the fruits of our labour, in the form of these wonderful wool rugs. Please have a look at some of them, hopefully you’ll be inspired, knowing a little more of the background of where they came from!

As always we’d love to hear your thoughts, your comments really are a great source of encouragement and inspiration.

Thanks to Wikipedia for the bumper background knowledge.

May each item become a cherished memory and each gift a connection to a deeper level of friendship. May your home sing with the joy of individualistic expression.

Kasakosa is our way of sharing something more with the people we love, the people who we return home to from our adventures away.
A gift from us to you.

Willowbrook Farm, Low Toynton, Lincolnshire, LN9 6JU, United Kingdom 079313 07810
We use cookies to ensure that we give you the best experience on our website. If you continue to use this site we will assume that you are happy with it :)OkPrivacy policy